In the context of the recent creation of the Àmbit B30 Association (made up of 23 municipalities, universities, technological and research centers and economic and social entities), a great deal of strategic reflection has taken place concerning the positioning of this main economic artery that stretches from Mollet to Martorell. The strategic positioning selected is to become the primary hub of advanced manufacturing in Southern Europe.

Appropriately, this commitment to reindustrialization is taking place in the region that was home to the country’s first two major waves of industrialization. The first wave centered on key textile cities such as Sabadell and Terrassa, 20th-century pioneers in industrialization, and the second wave in the 1970s and 80s occurred mainly in the municipalities in the area surrounding the B30.

This commitment to reindustrialization has great potential to create jobs. Without industry, there are no jobs.

Of course, Àmbit B30’s decision to focus on advanced manufacturing does not mean reproducing past models of industrialization. Advanced manufacturing seeks out a knowledge-intensive form of industry, framed within current environmental sustainability parameters. The aim is to maintain production platforms associated with the ability to innovate systematically. In essence, committed reindustrialization has great potential to generate employment.  Without industry, there are no jobs.

The great challenge in Catalonia, and all over Southern Europe, is to create jobs, both for highly skilled workers and for those who struggle more to access the world of work. Advanced manufacturing is a commitment to return to the industrial spirit of producing, while also taking into account the skills that global markets currently demand: talent, sophisticated technology, value proposals associated with systemic innovation and a capacity to scale products and services to very diverse markets. The concentration of knowledge centers along the B30 axis (the Autonomous University of Barcelona, the Polytechnic University of Catalonia, research centers, the ALBA synchrotron, the ASCAMM Foundation, the Leitat Technological Center, etc.) facilitates this synergy between manufacturing and knowledge to generate new jobs.

It should surprise no one that the current great economic debate in the United States centers on the creation of industrial jobs, and that the European Union’s main set of policies for the future, Horizon 2020, considers advanced manufacturing one of its top priorities. As Àmbit B30 commits to advanced manufacturing, it builds a bridge between the past and future and connects it to the European policies of the future. It recovers the long-standing industrial culture of the region and demonstrates a commitment to exploring the major future challenges in manufacturing, such as new production models that integrate scanning, 3D printing or the enormous potential of nanotechnology.

The strategic location of the B30 is important and should be considered a strategic vector for the country. Now, the most important part begins: giving it shape, on the part of both public and private entities, through specific projects that foster advanced manufacturing in order to create jobs. It’s a good sign that the various actors who make up the B30 area have agreed to promote a single strategic point, leaving concerns about territory or corporate perspective behind them.

The B30’s strategic location should be considered a strategic vector for the company. Now, the most important part begins: giving it shape, on the part of both public and private entities, through specific projects that foster advanced manufacturing in order to create jobs. 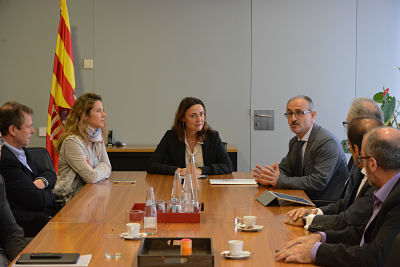