The president of the Àmbit B30 Association took part in the Visions de Vallès Vision program on 17 February to talk about the interrelationship between industrial estates and trade. Monràs shared a talk with Carles Rivera, the managing coordinator of the Industrial Pact.

During his speech, Josep Monràs insisted that “we must have a very open view of what an industrial estate means”, and hence the name “space of economic activity” is more appropriate. The president of Àmbit B30 pointed out that we should not look at industrial estates as “last city” spaces, but as spaces integrated within the city itself with the services needed by its workers, many of whom come from out of town ”.

Monràs explained that commercial areas can currently be installed in consolidated urban plots, and these are determined by the Generalitat de Catalunya. That is why he has demanded a change in regulations and that the councils be responsible, thus also facilitating administrative procedures.

As for these commercial services, which can be within the polygon itself or nearby with good accessibility (on foot, bike lane, public transport or shuttle bus), Monràs has opted for a collaboration between companies to provide these services counting with the support of the administration in a facilitator role.

Carles Rivera, for his part, pointed out that “30 years ago, the most visible deficits in industrial estates were related to physical infrastructure (accessibility, lack of signage…) and, although these have not been resolved in fact, they have been alleviated in many cases. ” That is why Rivera emphasized that “now is the time to focus on other elements that are fundamental to the competitiveness of companies that are within the industrial estates, and that have to do with people”. Rivera has argued that in the face of conciliation difficulties, workers in industrial estates must be able to access certain services and buy some basic necessities near their workplace.

“It’s time to focus on other elements that are fundamental to the competitiveness of companies that are within the polygons, and that have to do with people.”

Rivera noted that “the consequences of not having commercial services near a space of economic activity go beyond traders and have direct consequences on the competitiveness of companies through the attraction of talent.” And the fact is that people with the right qualifications and the skills to develop a job also have the ability to decide where they want to go to work, and a space for economic activity with the best conditions is essential. And this has been consolidated, he said, after the pandemic, as workers are looking for workspaces that provide the services and comfort they have had at home during telework.

The Industrial Pact, with the collaboration of the Àmbit B30 Association, organized the conference “The commercial environment of industrial estates: a factor of competitiveness” on 1 February with the aim of analyzing the potential of the interaction between industrial spaces and urban commercial spaces. 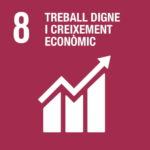 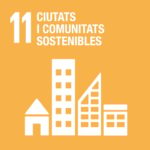 The Hub b30 closes 2021 with the growth objective reached